Excessive money supply occurs when an increase in money supply is not supported by economic growth and production. Meanwhile, demand-pull inflation happens when aggregate demand becomes too high for aggregate supply. There are not enough goods and services available to meet overall demand. As for the effects of hyperinflation, various things can occur. Food supply shortages can begin (hoarding), money decreases in value when prices rise excessively, and people might deposit their money in financial institutions. Banks and lenders tend to go out of business if people use financial institutions.

Hyperinflation goes beyond inflation. Essentially, it is rapid inflation that happens when the prices of goods and services rise uncontrollably over a certain period. The term is used when the inflation rate increases by more than 50% a month. Hyperinflation is stimulated by a quick growth in the money supply. The cause could be the government printing money to pay for its spending or demand-pull inflation. When more money is funneled into circulation, the actual value of the country’s currency can plummet. Prices of ordinary and vital goods (bread, coffee, and tea) can rise daily.

What will happen during Hyperinflation?

During hyperinflation, people tend to hoard, which means they will avoid paying more for items in the future. This behavior stimulates greater shortages and excessive demand from individuals left empty-handed. It paves the way for prices to keep increasing. It is hard to control this cycle once it takes hold. Any savings people have stored away become worthless even as the basics become unaffordable. In the worst instances, companies will be forced to close up shops, mass employment will occur, government tax revenues will diminish, and the economy will collapse.

Hyperinflation occurs when not enough goods and services are available for a vast amount of money. The requisite is that demand exceeds supply. Various scenarios can lead to hyperinflation. Some examples include war or natural disasters wiping out essential materials and the facilities used to produce them or limited competition. Suppose small handfuls of companies control the total supply. In that case, they can capitalize by charging whatever they want for highly desirable products.

There are two main causes of hyperinflation:

Excessive money supply happens when a country’s government starts printing money to pay for its spending. As the money supply grows, prices rise in regular inflation. The Federal Reserve examines current market conditions to decide whether to change the money supply. They can lower or raise the discount rate banks pay on short-term loans. Also, The Fed buys or sells securities from banks to increase or decrease the amount of money banks have in reserves. However, there are instances where increasing the money supply does not cause inflation.

Demand-pull inflation causes upward pressure on prices due to shortages in supply. It is a condition many economists describe as “too many dollars chasing too few goods.” An increase in aggregate demand can result in hyperinflation. When aggregate demand surpasses available supply, prices will increase. Increased government spending is good for the economy. Still, it can lead to scarcity of some goods, leading to inflation. Demand-pull inflation relates to cost-push inflation, where costs of production increase and higher prices are passed on to consumers.

What are the possible effects of Hyperinflation?

Hyperinflation quickly devalues local currency in foreign exchange markets as the relative value compared to other currencies decreases. This will cause holders of the domestic currency to minimize their holdings and switch to more stable foreign currencies. Individuals usually begin investing in durable goods (equipment, machinery, jewelry) to avoid paying higher prices due to hyperinflation. If prolonged hyperinflation occurs, people will accumulate perishable goods. But, a vicious cycle can appear since as prices rise, people acquire more goods. That creates a higher demand for goods and increases prices. A major economic collapse can occur if hyperinflation goes unabated.

Who benefits from Hyperinflation?

Inflation happens when prices continuously rise. It indicates that the value of money will decrease and then purchase fewer goods than previously. Experts are uncertain about when inflation will slow down, especially since prices rose the fastest in 2021 in 40 years. The terms “inflation” and “hyperinflation” bring panic since it ignites worries of a stagnating economy, rising prices, and an income that cannot keep up with the cost of living. During this period, people acquire numerous wins or losses.

The following people and groups benefit from hyperinflation.

Anyone with large, fixed-rate debts will benefit from hyperinflation. Interest rates are locked in for the life of a loan, so they will not fluctuate with hyperinflation. Homeownership is a natural shield against inflation since homes are deemed depreciating assets over time. Also, property holders are not exposed to rising rent costs during hyperinflation.

Stockholders receive some protection from inflation since the same factors that raise the price of goods also increase the value of companies. At the same time, companies can raise prices to protect their profitability from inflation. However, some firms have thinner profit margins (retail, food, and drinking places).

Commodity prices track the inflation rate closely. Buying storable commodities like gold can help fight inflation. Some cryptocurrencies can be compared to a digital form of gold. The asset has soared over the past few years and become more valuable.

Inflation is not a new occurrence. It has been studied for hundreds of years, with more information revealed for each instance. Inflation is why Central Banks aim to keep the rate at around 2 percent. Too much inflation can lead to hyperinflation, as demonstrated in the Weimar Republic or Venezuela. Inflation can trigger economic activity, but too much can destroy it. While there are various disadvantages of inflation, there are also some advantages.

How to prepare for Hyperinflation?

Hyperinflation does not happen often. It is scarce in developed countries where a central bank focuses on reigning in and controlling inflationary periods. Unexpected things can occur those affect goods, services, and economic production. It is good to have a plan in place for how to react and save crucial items in case of hyperinflation. Since it is such an unexpected occurrence, the earlier you start to prepare, the better.

The following are the best ways to prepare for hyperinflation.

How to invest in Hyperinflation?

The rise in prices and goods continues, but consumers may be unsure how long it will last or how to react financially. Increased prices may mean limiting splurges to avoid a dent in your wallet. But for individuals who invest, there is more concern about money losing value in the market. Hyperinflation signals a loss of purchasing power if income cannot keep up. Moving money to assets that benefit from inflation or can keep up with the pace helps.

Here are things you can invest in for hyperinflation.

Real estate is a popular choice since it is a more useful store of value amid inflation. People can generate increased rental income. Investors can buy real estate directly or invest in it by buying shares of a real estate investment fund (REIT) or specialized fund. However, it is vulnerable to rising interest rates and financial crises.

When inflation picks up, investors often turn to tangible assets, which will likely rise in value. The leading havens have been gold and other metals for centuries, which causes prices to rise as inflation rises. Gold can be purchased directly from a bullion or con dealer or indirectly by investing in a mutual fund or exchange-traded fund (ETF). Another way investors can gain exposure to a commodity is by buying the shares of its producers directly or indirectly. Commodities include raw materials and agricultural products like oil, copper, soybeans, and orange juice.

Investing in bonds may seem pointless since inflation is usually harmful to fixed-rate debt. But that does not apply to inflation-indexed bonds, which offer a variable interest rate tied to the inflation rate. In the United States, Treasury Inflation-Protected Securities (TIPS) are a popular option. However, that depends on the Consumer Price Index. When the CPI rises, the value of a TIPS investment does too. The base value and amount of interest increase.

How long does Hyperinflation last?

How does the government handle Hyperinflation?

Governments try to keep inflation at an optimal range to promote growth. They do not want to reduce the purchasing power of the currency. In the United States, most of the responsibility falls on the Federal Open Market Committee (FOMC). They are a federal reserve committee that sets monetary policy to achieve the Fed’s goals of stable prices and maximum employment. Governments can also use wage and price controls to combat hyperinflation. The Federal Reserve has used reserve requirements to handle the nation’s money supply, but they dropped these limits indefinitely.

Which country has the most Hyperinflation?

Venezuela has the most hyperinflation. Due to numerous problems, it possesses one of the most dysfunctional economies in the world. The country has endured food and medicine shortages, power outages, and an invasive government. Additionally, Venezuela has been in a recession for nearly a decade, and hyperinflation has plagued the economy for about half that time. The country’s currency (Venezuelan Bolivar) is one of the worst-performing currencies in the world. Since bank notes are worthless, the Venezuelan government is introducing large-denomination notes. However, the largest banknote is only worth about US$0.53.

What was the worst Hyperinflation in history?

The worst case of hyperinflation in history occurred in Hungary in 1946. It began in the first half of 1946. Hungary’s highest denomination bill was one hundred quintillion pengo by the middle of the year. That is massive compared to 1944s highest denomination (1,000 pengos). At the height of Hungary’s inflation, it is estimated that the daily inflation rate was at 195 percent. Prices doubled every 15.6 hours, resulting in a monthly inflation rate of 13.6 quadrillion percent. The situation was so severe that the government created a special currency explicitly for tax and postal payments. It was adjusted each day via radio. 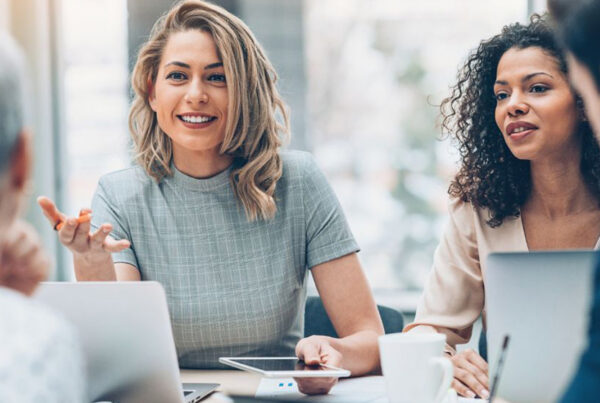 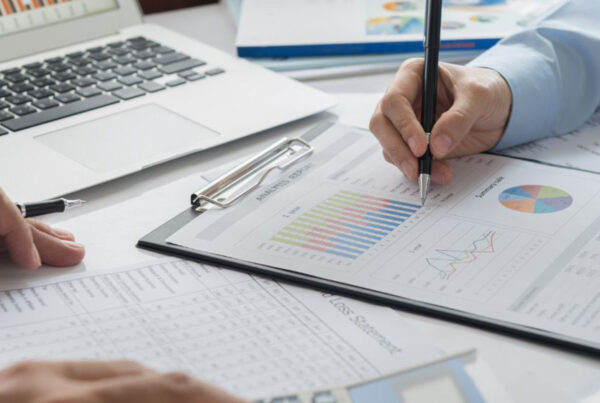 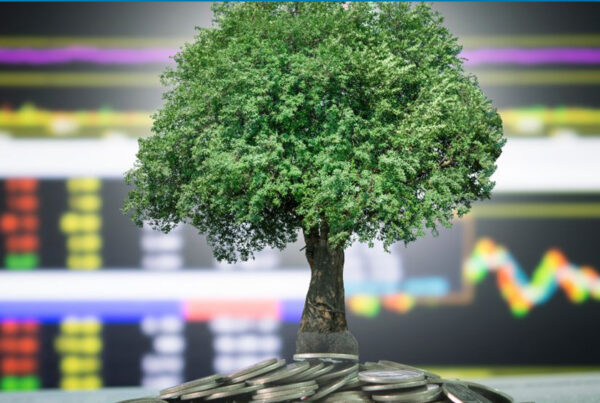